Director Paul Feig’s (Bridesmaids, the upcoming Ghostbusters reboot) new comedy movie, Spy, hits the cinema this week.  Spy is a hilarious send-up of the traditional 007-type adventure, with Melissa McCarthy tossed into the middle of the action. Forbes describes Spy as the ‘Real Deal’ and a ‘scrumptious little confection.’ To prepare for what promises to be a much-loved box-office hit, why not go big on Spy-genre films this weekend? From blockbuster action to a comedy and a paranoid thriller, there’s certainly lots to choose from! 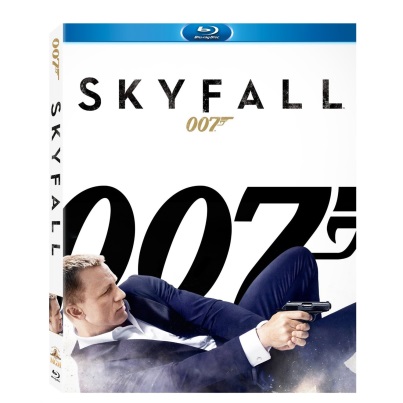 Many Bond fans describe Skyfall as definitively the best modern Bond movie. While the jury might be out on this point, it is undeniably a thrilling watch.

Here are some fascinating stats: Skyfall is the 23rd James Bond film produced by Eon Productions. Its release coincided with the 50th anniversary of the Bond series, which began with Dr. No in 1962. It was the 14th film to gross over $1,000 million worldwide. And not so much a number but it won several accolades, including two BAFTA Awards, two Academy Awards and two Grammys.

Skyfall centres on an attack on MI6, which is part of a plot by former MI6 operative Raoul Silva to humiliate, discredit and kill M as revenge against M for betraying him. The Blu-ray transfer is razor sharp and the audio quality is perfect. One scene where an iconic London Tube train comes hurtling down through the roof is absolutely outstanding. There are number of fascinating extras to please Bond devotees, including a behind the scenes feature with interviews with cast and crew. 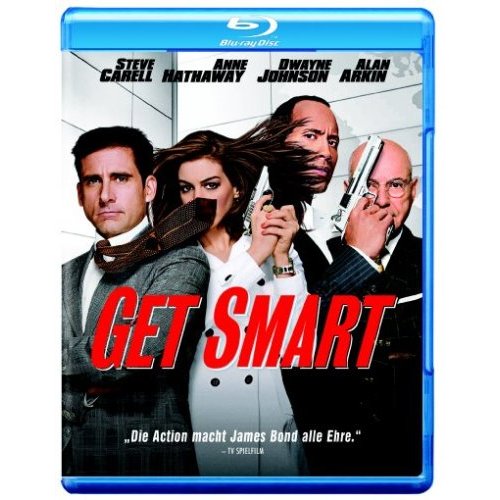 Based on the Mel Brooks/Buck Henry-created ’60s TV satire, Get Smart follows the perils and adventures of Agent Smart (Steve Carell) as he is sent on his most dangerous and important mission: to thwart the latest plot for world domination by the evil crime syndicate known as KAOS. Smart is partnered with the lovely but lethal veteran Agent 99 (Anne Hathaway). Chaos and hilarity ensue in this action-comedy.

The sassy film version captures many elements of the original TV series. There’s plenty of action, explosions, and creative shootouts with the bad guys but it’s Carell’s combination of insecure yearning and deadpan delivery that make Get Smart what it is.

The Blu-ray edition comes packed with extra features including about 50 minutes of alternative takes and deleted scenes, a commentary on references to the television series deftly sprinkled throughout the movie, a gag reel and various takes of Steve Carrell vomiting on the jet en route to Moscow. 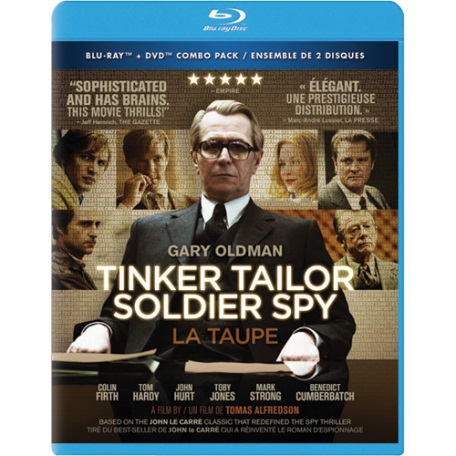 Tinker Tailor Soldier Spy is an enigmatic 2011 Cold War espionage film directed by Tomas Alfredson and based on the 1974 novel of the same name by John le Carré. The film boasts an all-star cast including stars Gary Oldman as George Smiley, Colin Firth, Tom Hardy and Benedict Cumberbatch. Unsurprisingly the acting is exquisite.

Tinker Tailor Soldier Spy is set in London in the early 1970 and follows the hunt for a Soviet double agent at the top of the British secret service. Espionage veteran George Smiley (Gary Oldman) is forced from semi-retirement to uncover the mole.

As one of the grainier films to hit Blu-ray, Tinker Tailor Soldier Spy’s presentation is true to its source. The detail is still exceptional, with wonderfully resolved fine features. Additional features include an audio commentary with the Director Tomas Alfredson and actor Gary Oldman, which offers a number of intriguing insights into the adaptation, production, performances and style of Tinker Tailor, spoiler-free interviews, character breakdowns and a fascinating series of deleted scenes.