The Oscars are just around the corner, and this year there are some fantastic contenders for the Best Visual Effects Award. So if you would like to remind yourself of the some of the previous winners of this prestigious Award, you might want to check out one of these this weekend! 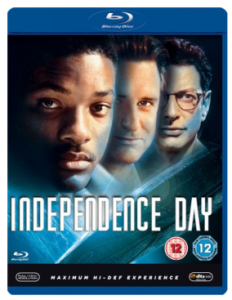 Apocalyptic alien thriller Independence Day grabbed the world’s attention with its amazing images and won an Oscar for Best Visual Effects back in 1996. On July 2nd, mankind awakes to news that aliens have arrived and both panic and confusion set in. Amidst the chaos, environmentalist David (Jeff Goldblum) discovers a signal embedded in a satellite system which he determines is a countdown to an attack. With the help of fighter pilot Steven (Will Smith) and the President (Bill Pullman), mankind must work in union to discover the secret of the aliens and save the planet from annihilation. Director Roland Emmerich famously blew up a miniature model of the White House to create the eye-popping visuals in this movie. The Blu-ray comes with an Alien Scavenger Hunt game, which tasks users with locating a dozen items throughout the film, a trivia track and much more. 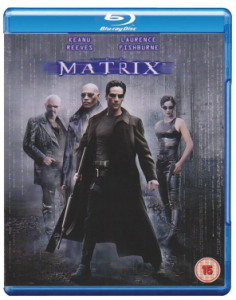 The Matrix set a new precedent in CGI, and won the Oscar for Best Visual Effects when it was first released in 1999. Depicting a dystopian future, in which the reality perceived by most humans is actually a simulation generated by the all powerful computer, The Matrix. The film acted as a spring board for Keanu Reeves’ career, and also starred Laurence Fishburne, Carrie-Anne Moss and Hugo Weaving. The Matrix was one of the first movies to use “bullet-time” action sequences; slowing action sequences down while the camera provides a 360 degree view of what is going on. Supplementary features include an in-depth two hour documentary on the making of the film, as well as audio commentaries with the special effects artists and a photographer’s gallery. 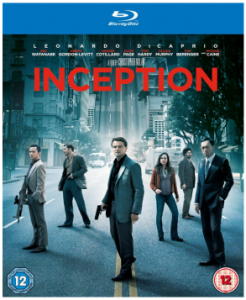 For Inception, Director Christopher Nolan deployed the ingenious skills of cinematographer Chris Coubold to film sequences including streets that fold into themselves, and characters creating architecture out of thin air. Starring Leonardo DiCaprio, Joseph Gordon-Levitt, Ellen Page, Cillian Murphy, Tom Hardy and Christopher Nolan’s mainstay, Michael Caine, Inception won the Oscar for best visual effects two years ago. This film is best described as a science-fiction action heist set in the architecture of the mind. Dominic Cobb (DiCaprio) is a highly skilled criminal making a living by infiltrating dreams to steal corporate secrets. Wanted for the alleged murder of his wife, Cobb comes across a lucrative opportunity which could help to clear his name by planting an idea in someone else’s dreams – a technique called ‘Inception’.  The Blu-ray comes with some high quality extras including in-depth interviews with the director, cast and crew, and a conceptual art gallery.