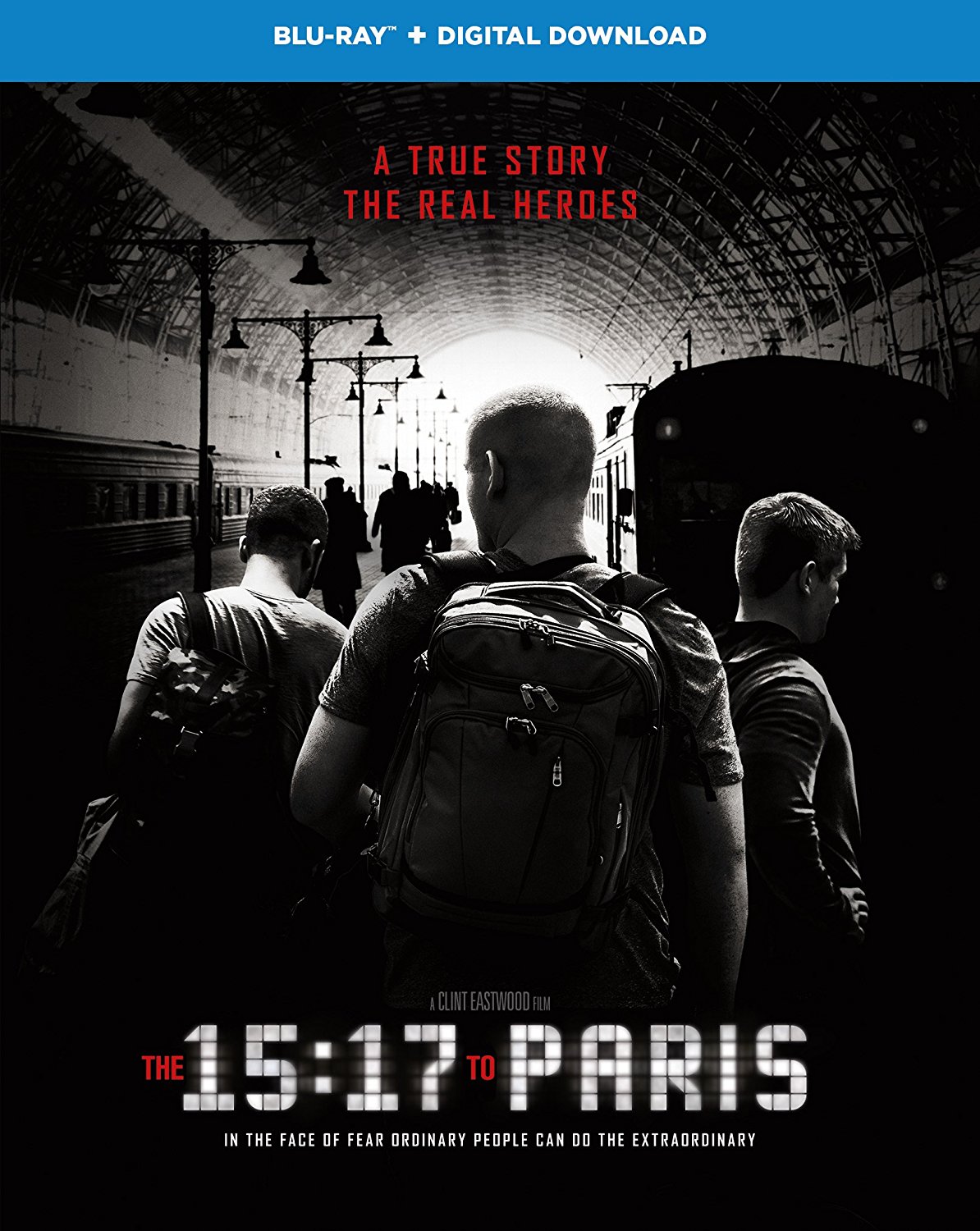 Warner Bros. Home Entertainment has officially announced that it will bring Clint Eastwood’s new film The 15:17 to Paris to Blu-ray on 22nd May.

Starring Anthony Sadler, Alek Skarlatos, Spencer Stone, Judy Greer and Jenna Fischer, this astonishing true story follows three men whose brave act turned them into heroes during a high-speed railway ride. In August 2015, the world watched in stunned silence as the media reported a thwarted terrorist attack on a train bound for Paris, which was stopped by three courageous young Americans. The film follows the course of the friends’ lives, from childhood, up to the events leading up to the attack. Throughout everything their friendship stood firm, allowing them to save the lives of over 500 people.

Sadler, Skarlatos and Stone all play themselves in the film, lending an air of authenticity to the film, directed by Clint Eastwood. The Blu-ray also comes with a number of special features: