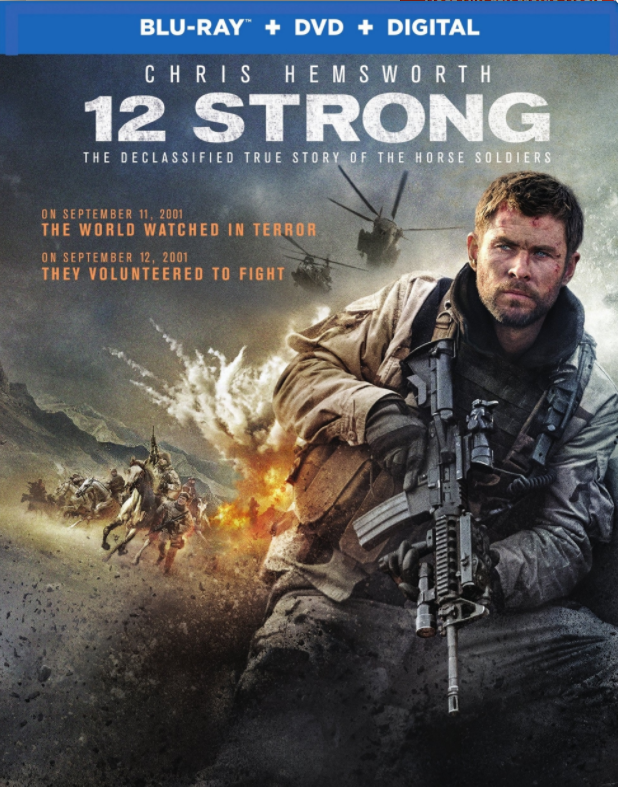 Warner Bros. Home Entertainment has officially announced that it will release Nicolai Fuglsig’s thriller 12 Strong on Blu-ray on 1st May.

Starring Chris Hemsworth, Michael Shannon, Michael Peña, Elsa Pataky and Trevante Rhodes, 12 Strong is set in the harrowing days following the September 11th terror attacks on the United States. It follows an elite U.S. Special Forces unit, led by their Captain, Mitch Nelson (Hemsworth), who are to be the first U.S. soldiers sent into Afghanistan for an extremely dangerous mission. Leaving their families behind, the team is dropped into the remote landscape of northern Afghanistan, where they must convince General Rashid Dostum to join forces with them to fight their common adversary: the Taliban and their Al Qaeda allies.

The film is based on the acclaimed book Horse Soldiers, written by best-selling author Doug Stanton. The Blu-ray comes with two featurettes – 12 Strong: The Making of an Impossible Mission, and Monumental Effort: Building America’s Response Monument.