Not long now! In the final run-up to Christmas, we’re sharing three more Blu-rays to get feeling festive. This week, we’re looking at Christmas favourites for you to enjoy with your family on the big day.

Our first choice? A true Christmas classic, The Santa Clause. 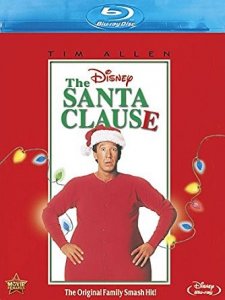 When divorced dad Scott (Tim Allen) accidentally kills a man in a Santa suit on Christmas Eve, he’s magically transported to the North Pole where an elf explains that Scott must take Santa’s place before the next Christmas arrives. Whilst Scott thinks it was a dream, he inexplicably gains weight and grows a big white beard. Was it all a dream, or does Scott have a lot of work to do?

Next up is Dr Seuss’s holiday classic, The Grinch. 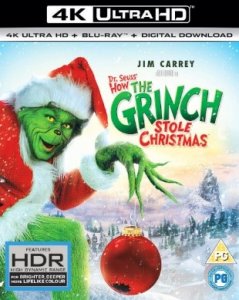 This festive comedy is directed by Ron Howard and stars Jim Carrey as The Grinch, a grouchy green monster who lives high up on a mountain overlooking the town of Whoville. The Grinch hates happiness, hates merriment, and most of all, hates Christmas. So one year, as the festive season approaches, he decides that enough is enough and draws up plans to steal all of the decorations and presents from the poor, unsuspecting citizens below. Does this mean the residents of Whoville won’t be celebrating this year? Not if little Cindy Lou (Taylor Momsen) has anything to do with it. The Grinch is also available on 4K Ultra HD Blu-ray.

And last, but most definitely not least: love actually is all around. 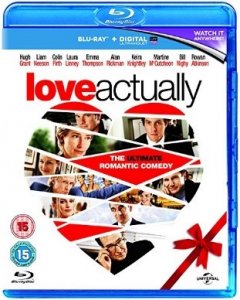 From the director of Four Weddings and a Funeral and Bridget Jones comes Love Actually: nine intertwined stories that examine the complexities of love. Among the characters is David (Hugh Grant), the handsome newly elected prime minister who falls for a younger junior staff member (Martine McCutchoen), as well as the tricky relationship between older couple Karen (Emma Thompson) and Harry (Alan Rickman) who could be tempted into adultery by his secretary. Billy Mack (Bill Nighy) is a fading rockstar who has one last shot at scoring the Christmas number one, whilst Jamie (Colin Firth) tries to recover from a broken heart by writing a novel.

And that concludes our 12 Blu-rays of Christmas! We’ve had festive funnies, the classics, alternative options and finally, Christmas favourites. From everyone here at Blu-ray – Merry Christmas!

Remember to look for the Blu-ray Disc and/or Ultra HD Blu-ray logos when shopping for players and movies.  This logo indicates that the product you’re buying conforms to the BDA requirements to give you the best home entertainment experience possible, as well as compatibility with all other logoed products.