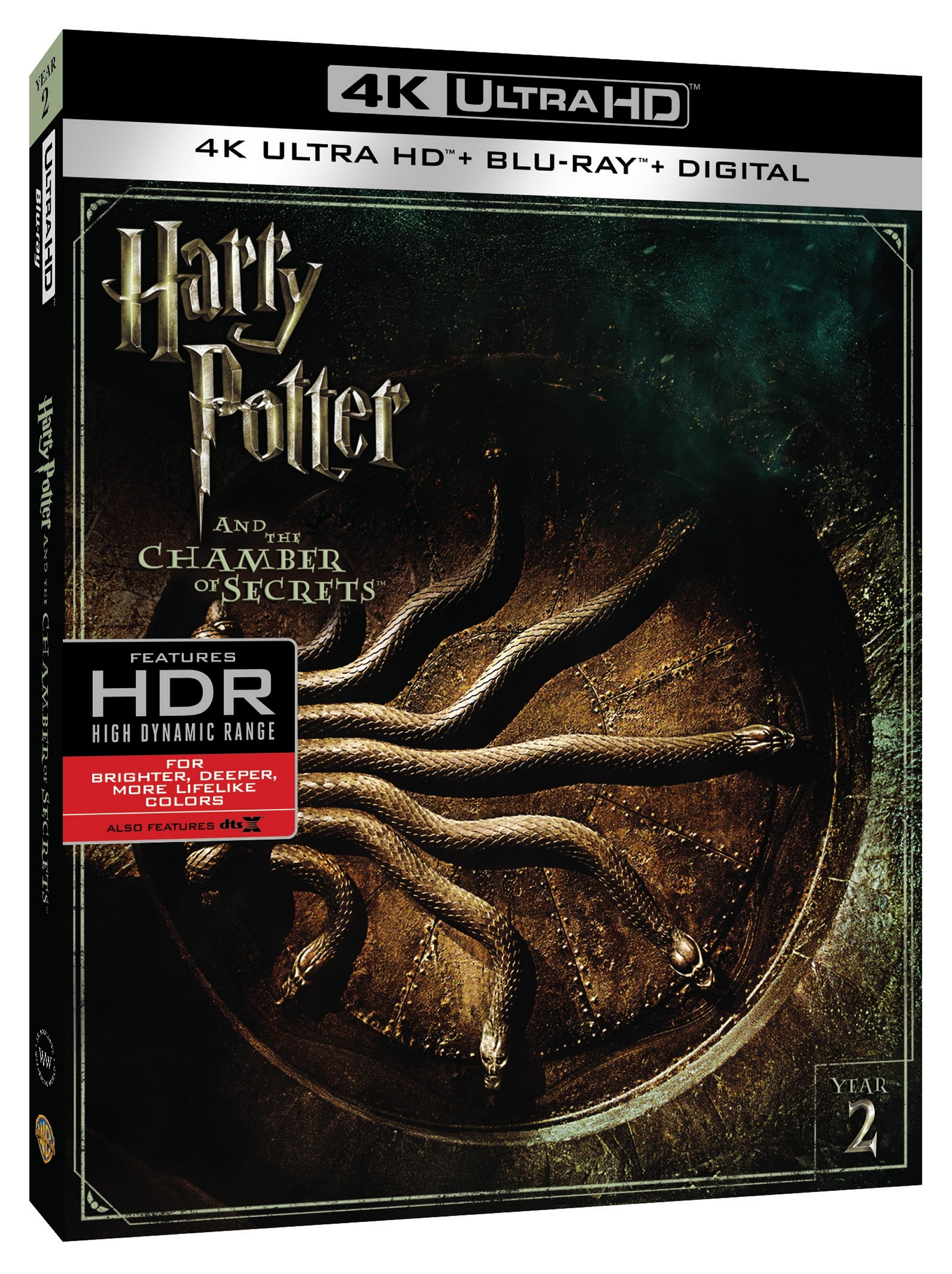 After a long summer with the horrid Dursleys, Harry Potter is thwarted in his attempts to board the train to Hogwarts School of Witchcraft and Wizardry to begin his second year. Harry’s only transportation option is a magical flying car, but, unfortunately, it crashes into a valuableWhomping Willow. Still, all this seems like a day in the park compared to what awaits Harry that fall within the haunted halls of Hogwarts.Chilling, malevolent voices whisper from the walls only to Harry and it seems certain that his classmate Draco Malfoy is out to get him. Soon it’s not just Harry who is worried about survival, as dreadful things begin to happen at the school. The mysteriously gleaming foot-high words on the wall proclaim: “The Chamber of Secrets Has Been Opened. Enemies of the Heir, Beware.